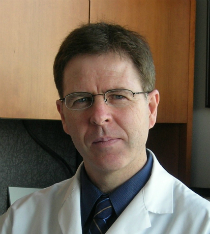 If you remember the movie The Graduate, you’ll remember Dustin Hoffman being told that the next big thing is plastics.

Today, the next big thing in immunotherapy is combination therapy – combining a checkpoint inhibitor, which stops cancer cells from blocking attacks from the immune system, and a therapy that, once it gets past that barrier in the cancer cell, results in a stronger immune attack – the one-two punch of cancer treatment.

The problem is that a single immunotherapy is extremely expensive; two together are doubly so. And not being able to identify the patients who will benefit from specific combination therapies leads to essentially a random chance – a costly one, in terms of dollars spent, but also costly for patients, who undergo treatments that are unlikely to work for them.

It would help if oncologists could determine who among their patients would benefit from the therapy, and who would not respond. And that’s another problem; each tumour is unique and each patient is unique. There’s no one-size-fits-all approach.

That’s what makes Glenwood Goss’s clinical trial so important. Dr. Goss, the Director of Clinical Research at the Ottawa Hospital Cancer Centre, is the Principal Investigator of a clinical trial that is testing, for the first time, a combination of Avelumab, a checkpoint inhibitor, and a SMAC mimetic drug called Debio1143, which induces programmed cancer cell death, known as apoptosis. The goal of this trial, which is a collaboration with Debiopharm, a Swiss company, is to determine the impact of this combination on non-small-cell lung cancer. The trial is an early-stage one, intended to focus on safety. But if successful, further trials will follow, leading to the ultimate goal, a new standard of care.

While this alone is a strong move forward, Dr. Goss has received additional funding from BioCanRx to use the data from this trial to find biomarkers that can be used to more easily identify those people who will respond best to the treatment. Using patient specimens collected as part of the trial, Dr. Goss and his team will look for immune biomarkers at the gene, protein and immunological levels.

There are existing biomarkers, Dr. Goss says, but they don’t do a great job of either identifying all who will respond (sensitivity) or those who should respond but don’t (specificity).

“Our goal is to find better biomarkers,” he says. Their work will allow better selection of patients for the further Phase II and III stages of the clinical development. Even more, once biomarkers are identified, they can also be guides for testing other immunotherapies, whether single or combination.

A key spinoff from this research, Dr. Goss says, is the formation of a world-class team of researchers from multiple institutions across Canada, comprising both clinicians and scientists. The experience gained from participating in this trial means they will be able to go on to conduct other trials of other combinations. As they do, they will be bringing on new partners, new students, and building a collaborative network across Canada for immunotherapies.