The Cancer Stakeholder Alliance Working Group is composed of CSA members from different charities and non-government organizations from across Canada and representing a variety of cancer indications and operational interests, as well as members of the BioCanRx Leadership and Administration team.

The Working Group is tasked with making joint CSA and BioCanRx priorities a reality.

The CSA members of the Working Group also make decisions and recommendations on behalf of the CSA to the BioCanRx Leadership, Research Management Committee and Board of Directors.

Membership is on an annual basis. Please contact Stéphanie Michaud, by email (smichaud@biocanrx.com) for more information or to join.

MEMBERS OF THE CSA WORKING GROUP: 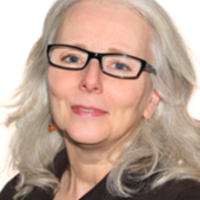 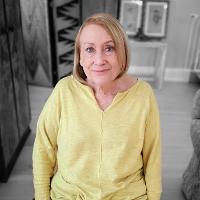 Louise Binder | Save Your Skin Foundation
Louise Binder is a lawyer and health advocate who has been involved in informing the development of health policy and systemic treatment access practices from the patient perspective since the early 1990’s subsequent to her own HIV diagnosis. She co-founded the Canadian Treatment Action Council (CTAC) in 1996. Louise began similar work in the cancer area and is presently a Health Policy Consultation with the Save Your Skin Foundation. She has been recognized by many organizations for her work, including receiving an Honorary Doctorate of Laws from her alma mater, Queen’s Law School; the Order of Ontario from the Province of Ontario; and two Queen Elizabeth II medals. 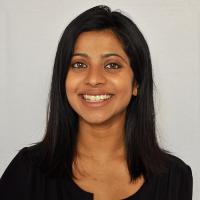 Niya Chari | Canadian Breast Cancer Network
Niya Chari is the Director of Public Affairs and Health Policy for the Canadian Breast Cancer Network (CBCN). Niya joined CBCN in 2012 and is responsible for leading the strategic direction of the organization’s public relations and health policy strategy and informing healthcare decision-making to ensure that the concerns and needs of Canadians affected by breast cancer are being addressed.

Niya began her career in public policy development as a youth advocate and the Director of Communications at the Toronto Youth Cabinet (TYC), the City of Toronto’s official youth advisory body. At TYC, she promoted the active political engagement of youth, particularly young women. She further honed her expertise in advocacy as the Campaigns Coordinator for RESULTS Canada, where she managed the organization’s global health advocacy campaigns. With over 20 years of not-for-profit advocacy experience, Niya has influenced policy-making at the municipal, provincial, federal and global levels. 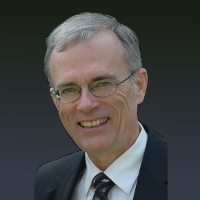 In 2012, he was diagnosed with multiple myeloma, an incurable hematologic cancer. Since then, David has had two stem cell transplants and a variety of other treatments, including participation in a phase 1 clinical trial. Since his diagnosis, he has become very active with Myeloma Canada, a successful patient-based charitable organization, in various patient support, education, advocacy, research, awareness, and fundraising activities. He is also active on several myeloma patient support groups in southern Ontario, including his role as long-term chair of the Toronto and District Multiple Myeloma Support Group. David is the founding chair of the nation-wide Myeloma Canada Patient Advisory Council, where he was an ex-officio member of the Board of Directors.

David has a strong interest in treatment research and feels privileged to know many hundreds of myeloma patients across Canada. 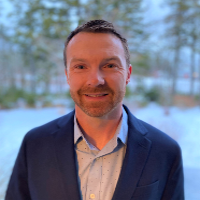 Paul O'Connell | The Leukemia & Lymphoma Society of Canada
Paul O’Connell is the Manager, Medical and Scientific Engagement at The Leukemia & Lymphoma Society of Canada (LLSC). Dr. O’Connell completed his Ph.D.in Biochemistry and Molecular Biology and his post-doctoral studies at Dalhousie University in Halifax, Nova Scotia. His doctoral research investigated the mechanisms by which our own immune system contributes to metastatic cancer growth and the complications associated with Acute Promyelocytic Leukemia.

Inspired by his grandmother’s blood cancer journey, Dr. O’Connell first became involved in research as a way to find new and better ways to manage the disease.

At LLSC, Dr. O’Connell leads the organization’s research funding program and provides support to existing and prospective stakeholders. He aims strengthen the current framework, broaden the scope of research partnerships and diversify or grow the research portfolio so that the LLSC is at the forefront of blood cancer research in Canada. He works closely with the research community to help connect constituents to the incredible, and potentially, life-saving research that is being done across the country. 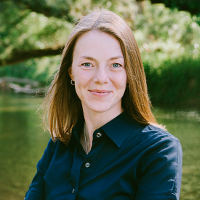 Antonia Palmer | Neuroblastoma Canada
Antonia Palmer entered the world of cancer in 2009 when her two year old son was diagnosed with stage IV high-risk neuroblastoma. Antonia is the co-founder of Advocacy for Canadian Childhood Oncology Research Network (Ac2orn), founder of Neuroblastoma Canada, Chair of the CHEER Patient and Family Advisory Committee, Chair of the OICR Patient and Family Advisory Council, pediatric community member for the Ontario Cancer Research Ethics Board (OCREB), research advocate for the St. Baldrick’s-Stand Up to Cancer Phase 2 Pediatric Cancer Dream Team, member of the Board of Directors for Childhood Cancer Canada, member of C4T and volunteers for many other cancer focused organizations and projects in Canada and internationally. Antonia holds a master’s degree in Systems Design Engineering from the University of Waterloo and lives in Ontario, Canada with her husband Aaron and three beautiful boys, Nate, Alex and Jonathan.

Catherine Wilhelmy Rech | CIUSSSE-CHUS
Catherine Wilhelmy – Over the last 15 years, I have been a consultant for an international nonprofit organization (Planetree) that offers certification in patient centered care. On a personal level, through various experiences (caregiver at home for my mother 30 years ago; my husband – three cancers within 18 months). In November 2018, I went through the looking glass as I became myself a patient. I was diagnosed with an aggressive and advanced triple negative breast cancer. I took nine months to get rid of the beast. In January 2019, I joined the Centre Hospitalier Universitaire de Sherbrooke (CRCHUS) Strategic Patient Partner’s committee; and since April 2020, I am coordinating patient-partnership for that organization.

Over the years, I have had the occasion to observe the health system from different perspectives. The combination of both professional and personal experiences makes me today, more aware than ever of the latent potential which lies at the heart of a real partnership between the different actors of the health system: I have the faith that by introducing such a collaboration, there is a way to better care, better costs, and better satisfaction for everyone involved in the process. Contributing to the advancement of the patient-partnership in research makes senses out of a disease I suffered from, that had none. It is like having the chance to transform the citrus life handed me into a nice lemonade.