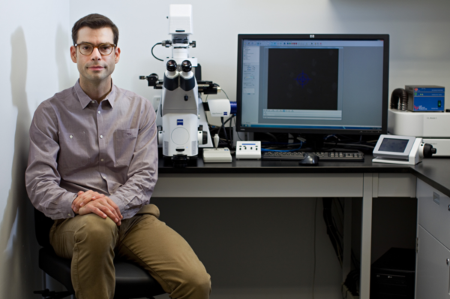 It’s a bit like a magic trick – put a tumour sample into a box, wave your magic wand above it and presto – out come the immune cells most likely to attack the tumour successfully.

OK, so it’s not that simple. Or that magical. But it does represent a new and improved option in immunotherapy – or at least it will, once it reaches the stage when it can be tested and approved for use in humans.

The box is called a clinical-grade cell sorter. The $500,000 machine is one of only two in Canada, and one of only 20 in the world. And it’s located at the CHUM (Centre hospitalier de l’Université de Montréal), where Dr. Simon Turcotte, with a catalyst grant from BioCanRx, is leading a team in testing and amassing the evidence needed to go to Health Canada with a clinical trial application (CTA).

Immunotherapy relies on T cells from the patient to infiltrate a cancer tumour to attack it. On their own, they’re not strong enough to do it. But when multiplied in the laboratory and returned to the patient in much greater numbers, they have more of a chance, especially, many believe, when they’re combined with a checkpoint inhibitor, which shuts down the tumour’s ability to repel immune system attacks.

The problem is, Dr. Turcotte says, that not all T cells are created equal. Just a handful of them are capable of attacking tumours. And that’s where the cell sorter comes in. 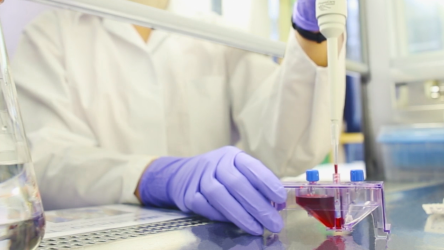 Cell sorters for research purposes have been around for decades. But clinical-grade sorters are only now being commercialized.

“This is new and it opens a whole lot of opportunities for cell therapy,” says Dr. Turcotte. “It is much more precise than what was used before.”

Right now, Dr. Turcotte and his team are testing the cell sorter in melanoma – in particular, refractory melanoma, which has not responded to other forms of immunotherapy treatment – because it is the cancer most recognized by the immune system.

“If it doesn’t work in these patients it is unlikely to work in any others,” he says.

That will be the target for the first clinical trial. The second will be for any solid tumour that shows sign of an immune reactivity (which, Dr. Turcotte points out, is not the case for most tumours, injecting a dose of reality into the discussion). 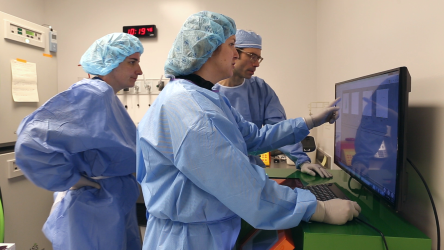 There is already enough research evidence to show that the cell sorter is an effective way of enhancing immunotherapy treatment. Now, he is working to show that he can manufacture the cell product in a way that meets Health Canada’s requirements for clinical use. This includes showing that they are manufactured in a controlled environment with no contaminants present, and that they can be handled, cryopreserved, transported and thawed successfully before they are used in humans, and showing that it’s not a matter of luck – that you can do all of this repeatedly and consistently. Once that process is complete, Dr. Turcotte will submit his CTA, likely in the fall of 2019.

Dr. Turcotte’s grant from BioCanRx is essential to the process, he says, filling an important gap in getting a treatment out of the lab and into the clinic. Other research funding organizations don’t fund this sort of research and hospitals aren’t in a position to do it either.

As for the future, Dr. Turcotte envisions more and more clinical-grade cell sorters in Canada, being used by researchers and clinicians across the country. The technology could also be licensed to private-sector companies, ensuring its widespread use in making immunotherapy, already promising, more likely to save the lives of people with cancer.