By: Andrew Duffy, The Ottawa Citizen

The Ottawa Regional Cancer Foundation has invested $100,000 in local research aimed at treating leukemia and abdominal tumours with a cancer-fighting vaccine. 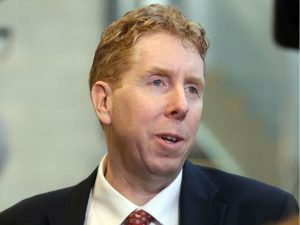 Drew Lyall, the founding president and CEO of BioCanRx, died of melanoma in January 2016 after an extended battle with cancer.


The money will go toward two Ottawa research projects being sponsored by BioCanRx, a federally-funded, not-for-profit organization dedicated to accelerating the development of cancer immunotherapies in Canada.

One study, led by Ottawa Hospital Research Institute (OHRI) scientist Dr. Natasha Kekre, is working toward the development of a vaccine therapy for acute leukemia, a type of blood cancer that remains difficult to cure. Aggressive chemotherapy and stem cell transplants are now used to treat the disease, but the therapies succeed in only about five per cent of cases where patients have relapsed.

Kekre is conducting research on mice to establish the scientific basis for a human clinical trial to test a new vaccine strategy. The idea is to infect a leukemia patient’s tumour cells with a cancer-killing virus that also enlists the individual’s immune system in the fight against the disease.

A second grant will go toward a project led by OHRI scientists Dr. Rebecca Auer and Dr. Jean-Simon Diallo, who are investigating the use of a vaccine therapy to treat abdominal tumours, which can grow rapidly and cause serious pain and discomfort.
Read the full Ottawa Citizen article here.