The Ottawa Hospital has launched a new clinical trial that seeks to deploy the combined power of two viruses and an immunotherapy drug to supercharge the body’s immune system — and unleash it against advanced lung cancer. 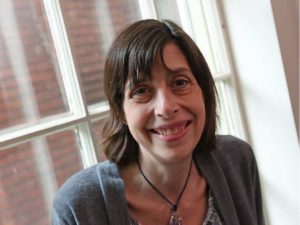 Andrea Redway had very advanced lung cancer but has been treated successfully with an immunotherapy drug, Opdivo, recently financed by the province of Ontario. JEAN LEVAC / POSTMEDIA NEWS

The trial is being funded largely by a private Ottawa biotech firm, Turnstone Biologics, which last year attracted $41 million in venture capital. It’s an uncommon approach in Canada, where scientists are usually forced to rely on government agencies to fund human clinical trials.

“To actually do these trials is extremely expensive and we can only rely on grants for so long. We’ve come to that point where we need to attract money from outside investors,” said Dr. John Bell, a senior scientist at The Ottawa Hospital and a Turnstone founder.

The clinical trial will experiment with what’s known as a “combination therapy,” an approach that deploys a cocktail of agents to heighten the immune system’s response to cancer.