By: The Ottawa Hospital Research Institute 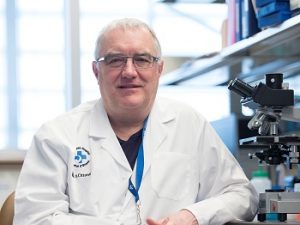 The Ontario Institute of Cancer Research (OICR) has awarded $4 million to a team of researchers working to harness the immune system to attack cancer. Called cancer immunotherapy, this area of research was dubbed “breakthrough of the year” by Science in 2013 and has been growing ever since. It can involve the use of drugs, cells and viruses to target many different kinds of cancer.