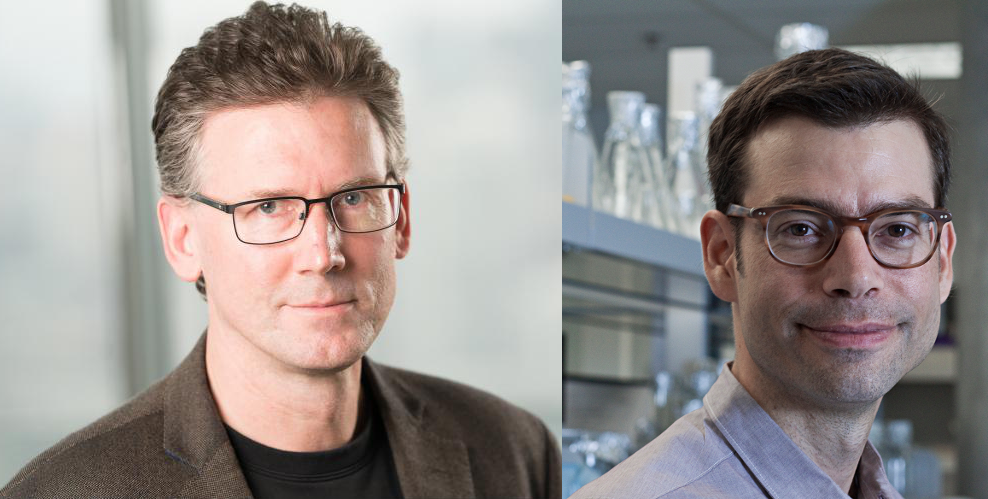 For Rob Holt and Simon Turcotte, pancreatic cancer was an obvious target.

First, because the need is so great. Pancreatic cancer was the fourth-leading cause of cancer death in 2019. And, Dr. Holt (co-director of the BC Cancer Immunotherapy Program) suspects, it will be making its way further up the charts when the 2020 numbers come out. It’s important, he says, to focus on a cancer with such “dismal outcomes and high mortaIity.” Despite half a century of drug-development efforts, adds Dr. Turcotte (of the Centre hospitalier de l’Université de Montréal, or CHUM), “there has been significant progress for extending the life of patients with pancreatic cancer, but not in curative treatments.” That makes immunotherapy a particularly important option.

Second, because the potential is as great as the need. Unlike many cancers, which can involve any number of genes and any number of mutations on those genes – random and sporadic, as Dr. Holt describes them – the vast majority of people with pancreatic cancer have the same gene mutating in the same area – the kind of hotspot mutation that is very unusual to see in cancer, he says.

“When you identify a target for immune T cells, you have the possibility of killing these cancer cells,” says Dr. Turcotte. And, having identified that target, finding a way to direct the immune system to it means the potential for helping a significant percentage of pancreatic cancer sufferers goes way up.

In pancreatic cancer, the gene where hotspot mutations occur is known as KRAS. It has been recognized for at least 30 years, making it “so frustrating” that this knowledge has not translated to any clinical improvements, says Dr. Holt. But he and Dr. Turcotte believe they’ve found a way to target KRAS with immunotherapy. Previous research has established that cancer patients in general often have an immune response against mutations, just one that isn’t strong enough to make a difference on its own – and pancreatic cancer patients are no different. For them, selectively bolstering that immune response to the KRAS hotspot mutation through immunotherapy could help them fight back against the cancer.

Developing such a therapy requires first finding a way to program immune cells to hit the target. Drs. Holt and Turcotte have identified T-cell receptors (TCRs) that enable T cells, a type of immune cell, to recognize and kill pancreatic cancer cells that carry KRAS mutations. They have also, through earlier work, established methods to reprogram cancer patients’ T cells. It is, says Dr. Holt, a form of gene therapy that inserts into the patient’s T cells a gene with instructions to make the KRAS-selective TCR. It is also an immunotherapy because, as in other forms of immunotherapy, the T cells are grown in the lab and then re-infused into the patient to generate a strong anti-cancer immune reaction.

Unlike the more widely known CAR-T cells, which recognize whole proteins on the surface of cancer cells, the TCR-T cells that Drs. Turcotte and Holt are using recognize chopped up pieces of protein produced by, in this case, the mutated KRAS gene. This is necessary because proteins like the one produced by the KRAS gene function inside the cell, and only small fragments of them ordinarily make it to the cell surface where they can be seen by immune cells. However, the general approach of genetically modifying immune cells to recognize cancer cells is the same for both CAR-T therapy and TCR-T cell therapy, meaning the project can use the BioCanRx manufacturing facility that Dr. Holt was instrumental in establishing to create its “super-charged” T-cells.

“We think this approach is going to be effective in pancreatic cancer, because we are hitting a specific target with a very strong tool,” says Dr. Turcotte.

Having successfully managed to isolate and enrich T cells to target pancreatic cancer, Drs. Holt and Turcotte are now using an Enabling Grant from BioCanRx to carry out the testing and gather the evidence to support a Clinical Trial Application to Health Canada for a phase 1 trial of an immunotherapy targeting pancreatic cancer – in effect making the journey from bench to bedside and hopefully improving pancreatic cancer outcomes.