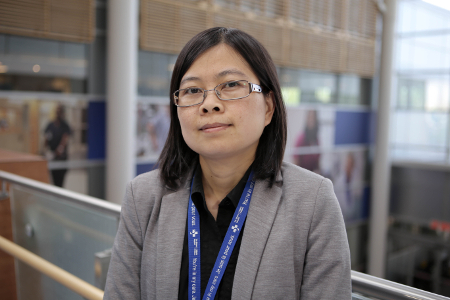 In the current calculus of healthcare funders, new treatments like CAR-T therapy often fail to get approval at the provincial reimbursement stage with cost playing a significant role in that failure. A BioCanRx-funded study is trying to enhance the likelihood that these therapies will be covered.

Here’s how it generally works: Research leads to a new and better – but also more expensive – way to treat disease, in the case of this study CAR-T therapy for adult B-cell acute lymphoblastic leukemia. Provincial ministries of health then have to decide whether they are going to cover the cost of these new therapies. This calculation includes not only complex assessments of costs and benefits, but also of opportunity costs. If this new therapy is funded, what else cannot be afforded as a result?

Kednapa Thavorn, of the Ottawa Hospital Research Institute, thinks questions of cost and benefit need to be considered at a much earlier stage, when the research is still in progress, to make it easier for provincial healthcare systems to afford these promising new treatments. With funding from BioCanRx’s Clinical, Social and Economic Impact stream, she is developing a framework to allow that economic evaluation to be carried out by researchers as part of the research process.

How things currently stand, Dr. Thavorn agrees, means there is a disconnect between research funding and paying for the treatments. And given that taxpayers around the world ultimately pay for both the early-stage research and the provision of treatment, that is a bitter pill to swallow. She would rather see a better connection between research findings and their implementation.

To simplify considerably, what she envisions is the ability to determine, using mathematical modelling based on projected outcomes and other factors, what provincial ministries of health would be willing to pay for a new treatment – call it the acceptable price per dose. If this is less than what a new treatment would cost, researchers and product makers have the option of reducing the costs of their proposed treatment or improving the outcomes so that ministries are willing to pay more for it. The idea is that the new treatment under development matches the realistic price, before it’s time for funders to make decisions.

In reality, it’s much more complex than that. And, says Dr. Thavorn, “that’s the complexity where I want to weigh in. I want to get researchers thinking about cost-effectiveness at an early stage.”

To do so, Dr. Thavorn is consulting widely with multiple partners, including patients, clinicians, researchers, CAR-T developers and healthcare payers, to better understand the factors contributing to the high cost of CAR-T therapy, its potential clinical benefits and what the health system can afford.

In doing so, she stresses, we need to consider benefits both on a population basis – how much does the therapy reduce the chance of recurrence or relapse – but also on an individual patient basis — what is the impact of treatment on a patient’s quality of life.

The real challenge Dr. Thavorn is facing is not so much developing the framework – although that is not a simple task – but in getting all partners in the process to sign on.

“We’re trying to work closely with researchers, funders and other players to get them interested in thinking like this,” she says.

So far, she adds, the idea of building in economic evaluations early in the process has been well-received by scientists and product developers.

And word is beginning to spread beyond the immunotherapy community. While Dr. Thavorn’s work right now focusses on one very specific therapy – CAR-T therapy for adult B-cell acute lymphoblastic leukemia – and on the Ontario healthcare system, she is fielding inquiries from as far afield as British Columbia and Alberta and for other conditions and treatments beyond cancer. And that bodes well for better managing the financial strains of healthcare systems and improving the health of Canadians – a true win-win.