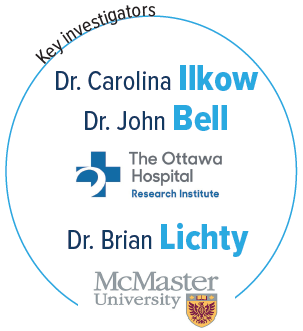 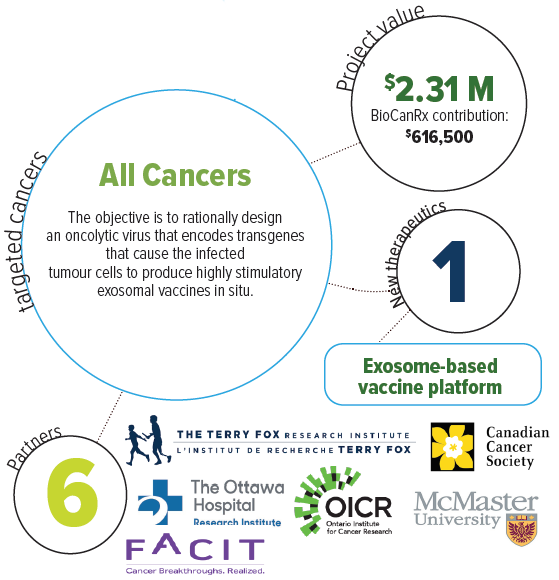 Despite some very encouraging clinical results and the high hopes for immunotherapy, today’s reality is that this modality is working only in a minority of patients. The researchers believe that oncolytic viruses, by virtue of their natural biology and ability to be readily genetically modified, provide an optimal platform to create novel multi-functional therapeutics that both directly destroy tumours while at the same time stimulate anti-tumour immune responses.

All cells, including cancer cells produce millions of tiny vesicles, called exosomes, which shuttle bioactive molecules between them. The researchers have found that not only can oncolytic viruses specifically target cancer cells, activate anti-tumour immunity, but they can also “steal” this naturally occurring “cellular FedEx system” to deliver immune activating payloads housed in oncolytic viruses and thus fire up the immune system to destroy cancer cells. These designed exosomes package a potent STING agonistic adjuvant as well as tumour antigens, both unidentified and specifically programmed, that are projected from the infected tumour cells and delivered to dendritic cells both locally and distally to the tumour bed.

This Enabling Study aims to select a lead candidate that will subsequently lead to manufacture and clinical trial. The expectation is that this innovative therapeutic platform will be an effective two-pronged attack that enhances direct killing of cancer cells, and indirectly breaks the tolerance of the immune system for the tumour leading to a novel and potentially more effective therapeutic approach for cancer patients. 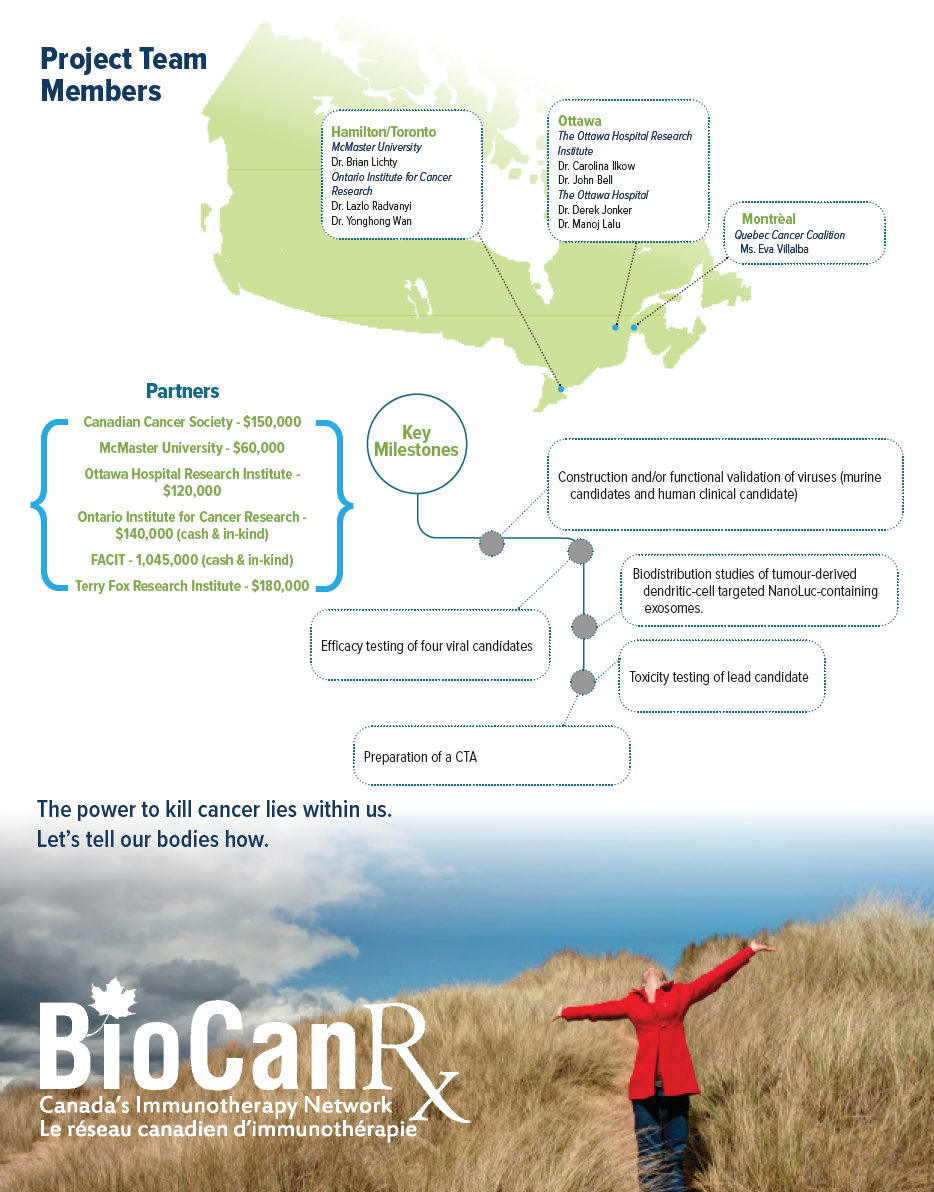