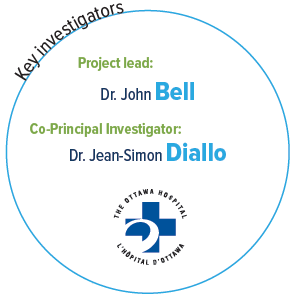 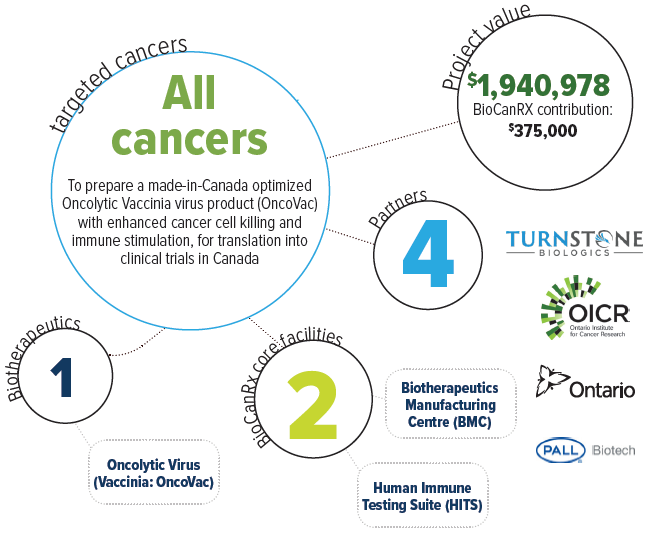 Cancer remains the leading causes of mortality worldwide. While treatments are available, existing chemotherapies and radiation therapy have limited success due to secondary effects on healthy cells, resulting in adverse side effects in patients. However, in the past 5 years, we have witnessed the development of new and promising cancer therapeutics that stimulate and awaken the body’s immune system to attack tumor cells. These new biologically-based therapies, known as immunotherapeutics, have already begun to show great promise in a number of clinical trials. Among immunotherapeutics, Oncolytic Viruses (OV), also known as cancer killing viruses, are at the forefront. OVs are engineered viruses that are specifically designed to recognize and kill tumor tissues, while leaving normal tissues intact. The benefit of OV therapy is two-fold: not only are OVs capable of targeted killing of cancer cells, but they have the ability to induce a robust anti-tumor immune response by the host, which combined, leads to efficient tumor control and eradication. However, there exists notable limitations to OVs specifically, the ability of most OVs currently in clinical testing to fully stimulate the immune system. In the lab, we discovered a new viral platform named “OncoVac” that has the ability to safely target and kill a number of different tumor cells types, while successfully activating the immune system against tumor tissues. In order to test this innovation in the clinic, it is critical that we invest in the process development required to generate a novel and viable manufacturing process for this platform. 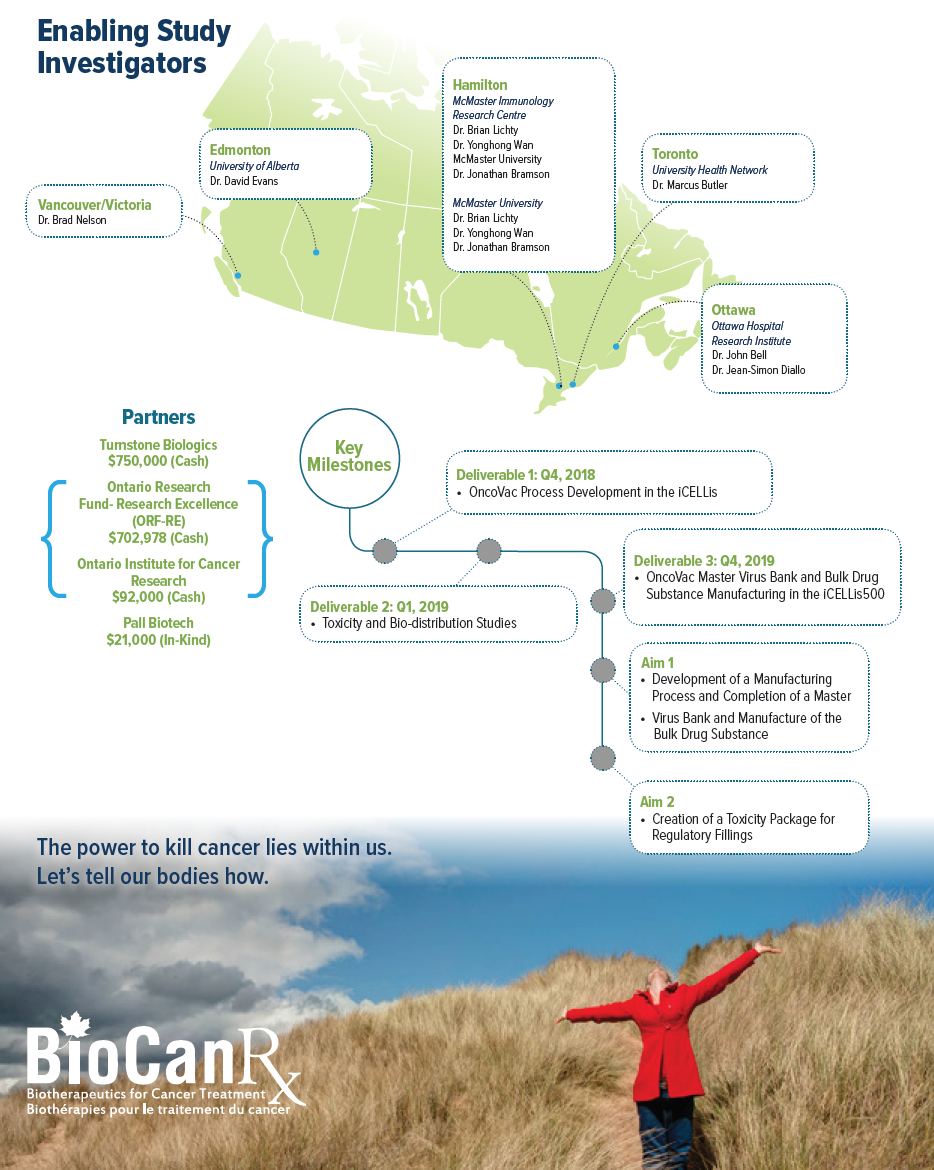