It’s been nearly 50 years since U.S. President Richard Nixon declared war on cancer. Since then, some battles have been won, others lost. But the traditional weaponry – chemotherapy and radiation – while refined and improved, is still carrying the brunt of battle duty.

In recent years, these two warhorses have been joined by a powerful new weapon. The most promising new approach to treat cancer to emerge, immunotherapy, enlists the patients’ own immune systems to fight their cancer. It’s an exciting field, with new therapeutic approaches being rapidly developed.

BioCanRx was created to build on these discoveries and approaches, to help them reach the clinic, where they can save lives as quickly as possible. 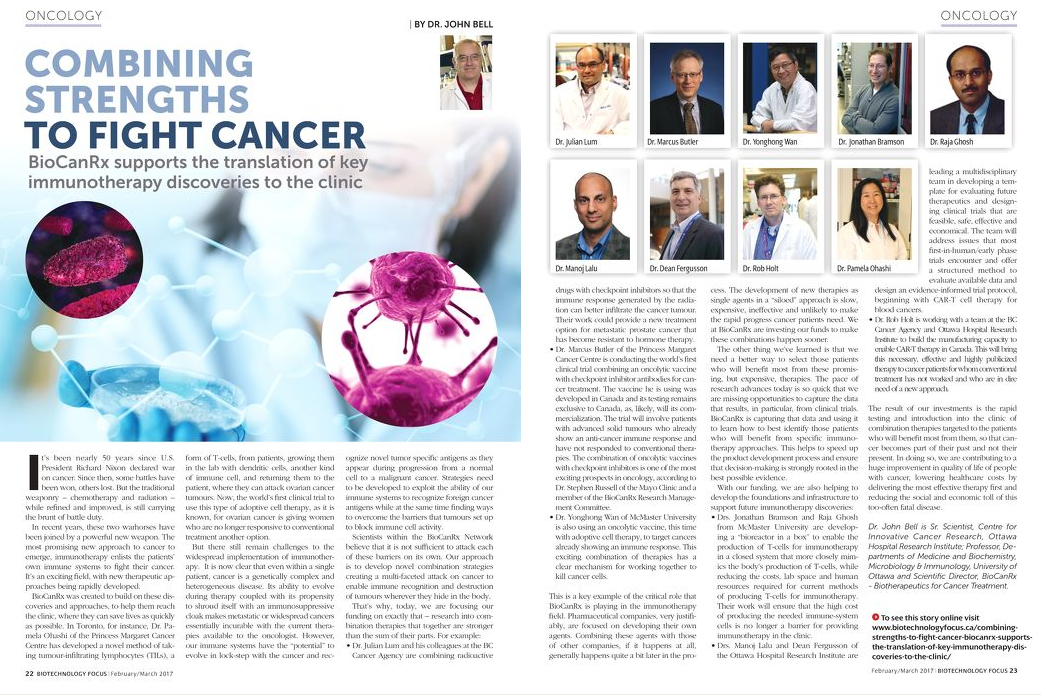