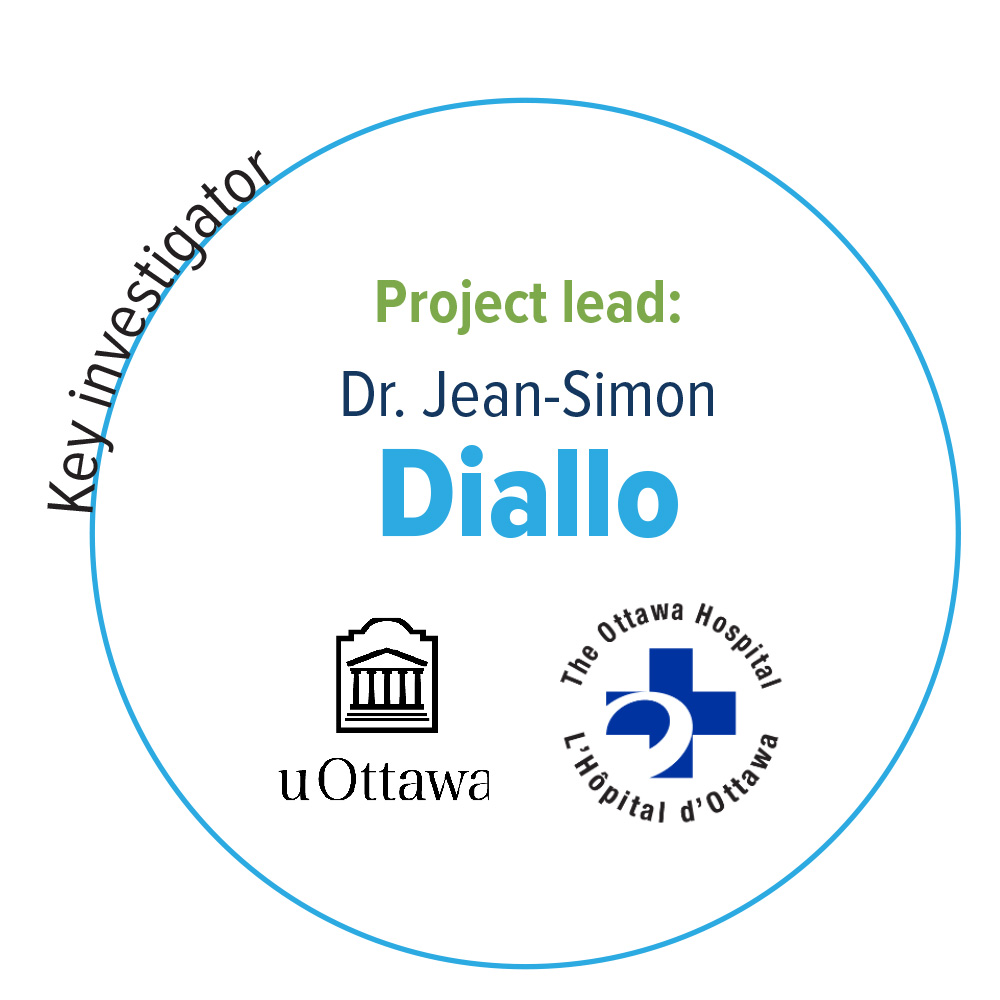 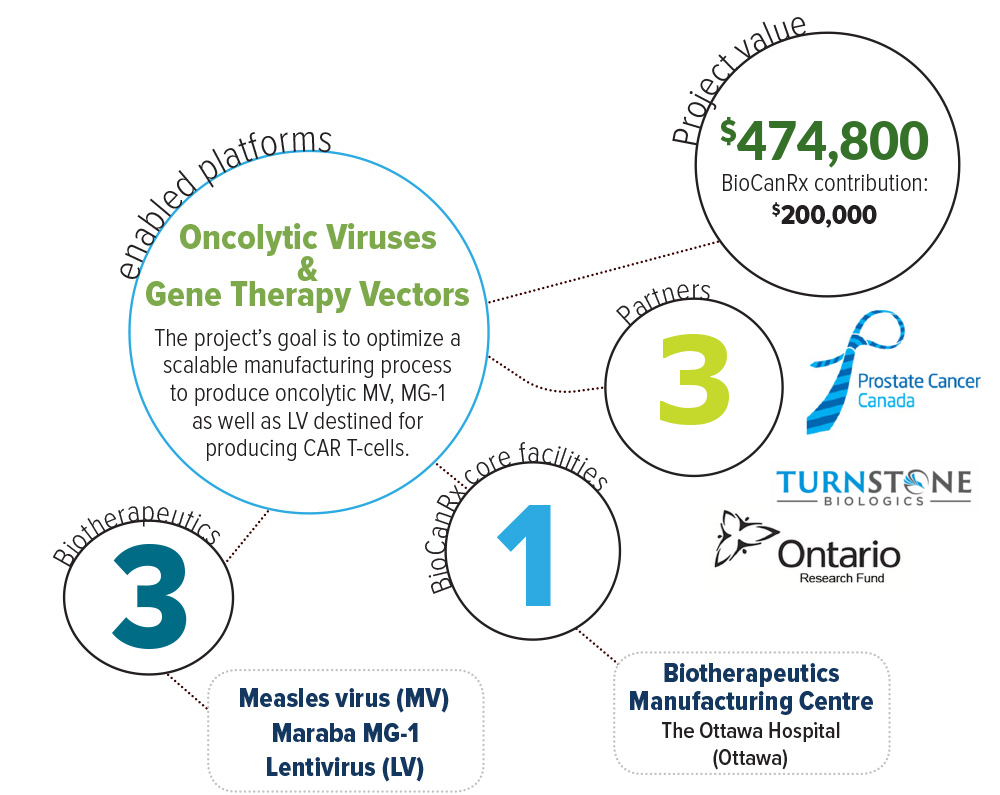 Oncolytic viruses and adoptive cell therapy (using genetically engineered immune cells) are two highly promising anti-cancer strategies being developed. The manufacture of these therapeutics for clinical testing relies on producing viruses from cells, a process that is highly regulated, complex, inefficient, and challenging to implement on a large scale. This project team led by Dr. Diallo has previously discovered a group of small molecules called viral sensitizers that vastly boost virus production, in some cases upwards of 1,000-fold. They have been working with the vaccine industry for more than 4 years to adapt this technology to boost the production of viral vaccines to meet rising global demands. They now aim to develop and commercialize viral sensitizer technology for the emerging cancer biotherapeutics market.

For this project, they will develop viral sensitizer formulations that can improve the manufacturing of viral platforms being developed by BioCanRx investigators, including oncolytic viruses (MarabaMG-1, and Measles virus) and 3rd generation lentiviruses, the current gold-standard to genetically engineer immune cells for adoptive cell transfer. These three cancer biotherapeutics continue to show potential in the clinic, and their successful downstream implementation rests upon the ability to produce sufficient virus for clinical demand. Their optimized formulations will be adapted for large-scale manufacturing using a new bioreactor technology (iCellis) to further increase viral production, and simultaneously reduce lab-space requirement.

In addition, the highly productive manufacturing processes they will develop during this project will allow them to generate material that will be used and tested by collaborating BioCanRx investigators. 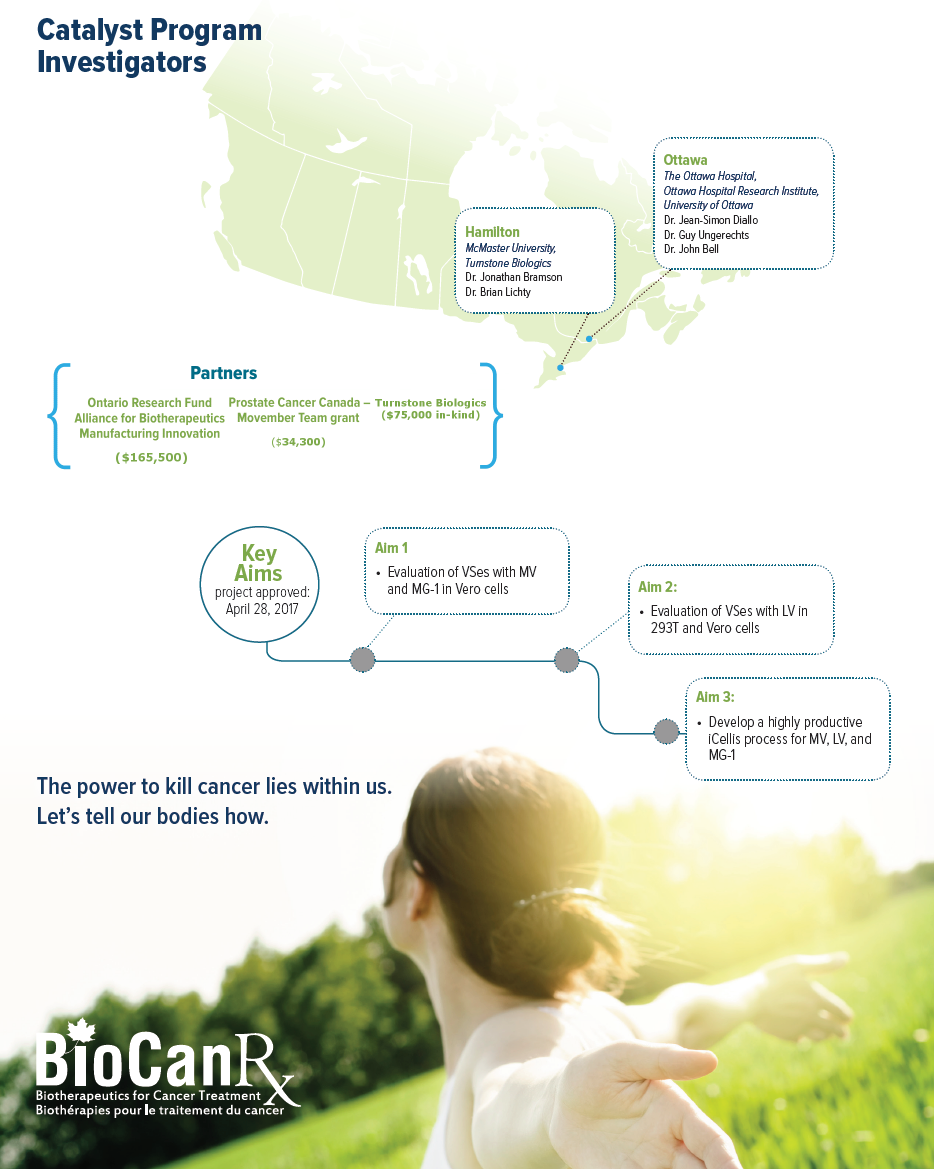