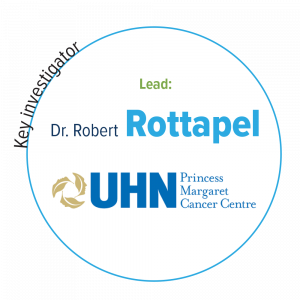 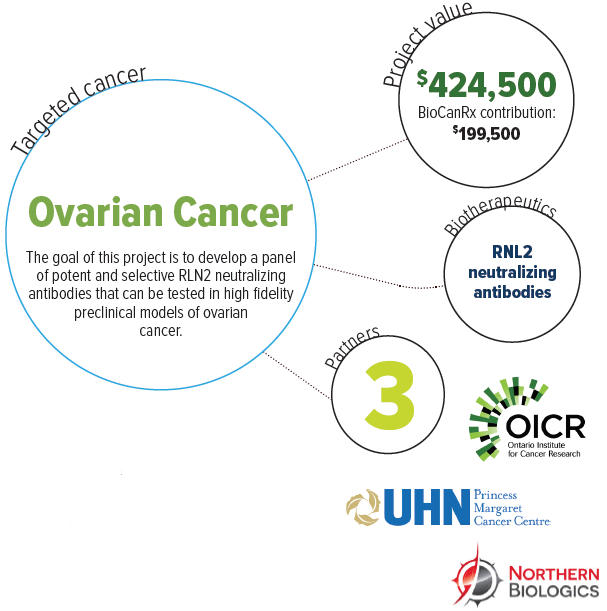 Ovarian cancer has the highest mortality rate of all gynaecological cancers. The standard treatment for patients with ovarian cancer is surgery to reduce tumour burden followed by chemotherapy. Since ovarian cancer is generally not detectable at early stages, most women present with advanced stage disease. Although the majority of women initially respond to chemotherapy, more than 80% of patients will have a recurrence of their disease following treatment, and more than half will die of recurrent disease within 5 years of diagnosis. The identification of specific signaling pathways involved in ovarian tumorigenesis and tumour progression and development of novel treatment strategies to target these pathways is critical. There is an urgent unmet need to identify novel targets that can be drugged therapeutically.

The use of monoclonal antibodies (mAbs) or biologics that block signaling pathways supporting cancer growth has become a major treatment modality for cancer patients in recent years. Dr.
Rottapel and his team of researchers propose to develop a mAb targeting the Relaxin hormonal pathway as a therapeutic treatment for ovarian cancer. Relaxin is a peptide hormone expressed
in the ovary, which signals through the Relaxin Receptor (RXFP1). They have identified a dependency on Relaxin signaling for the survival and growth of ovarian cancer cells. Blockade of this pathway using a Relaxin targeting mAb or biologic therefore has the potential to antagonize the proliferation of ovarian cancer cells with high specificity. 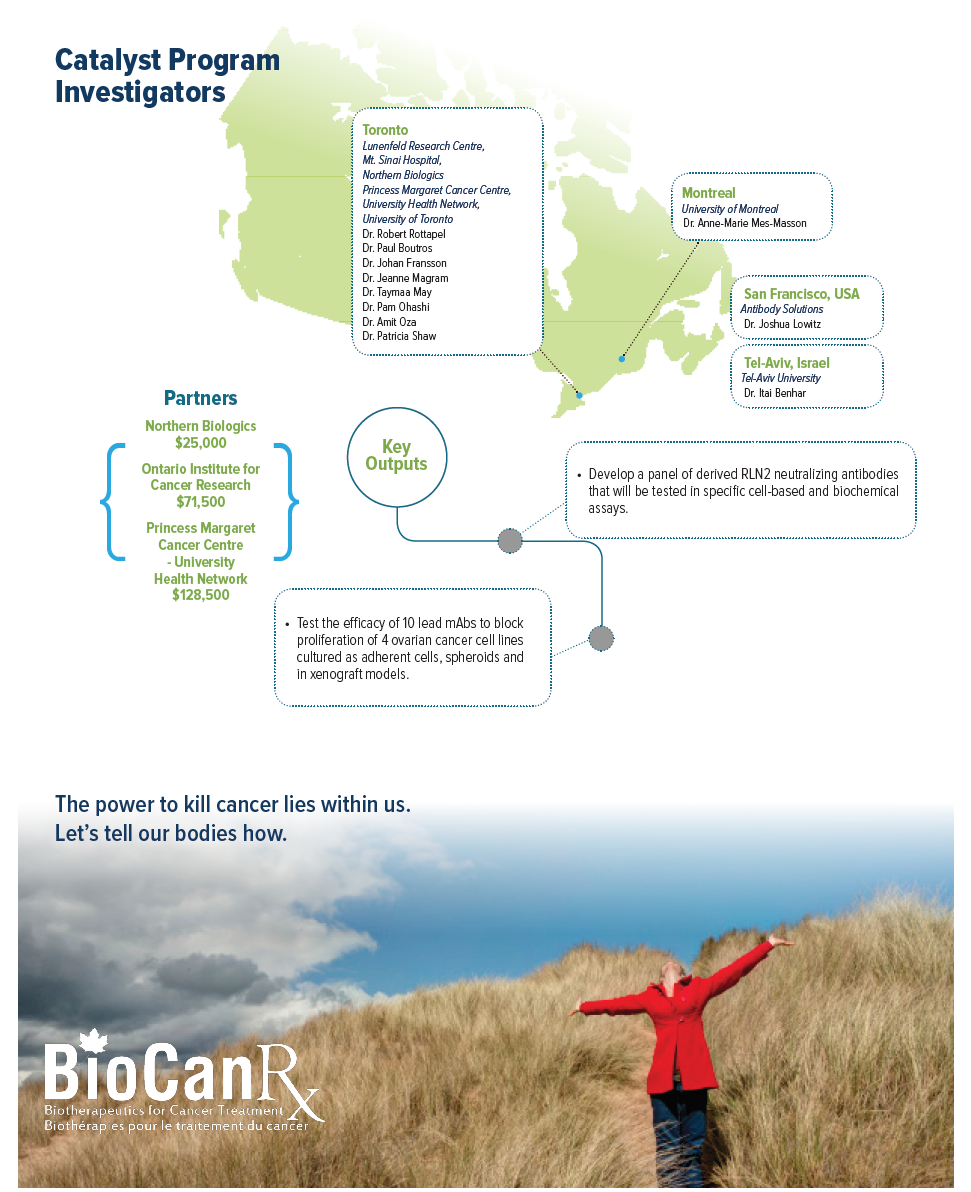