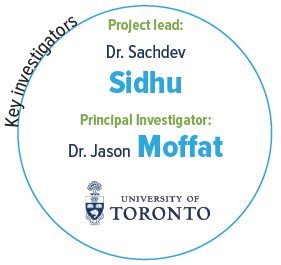 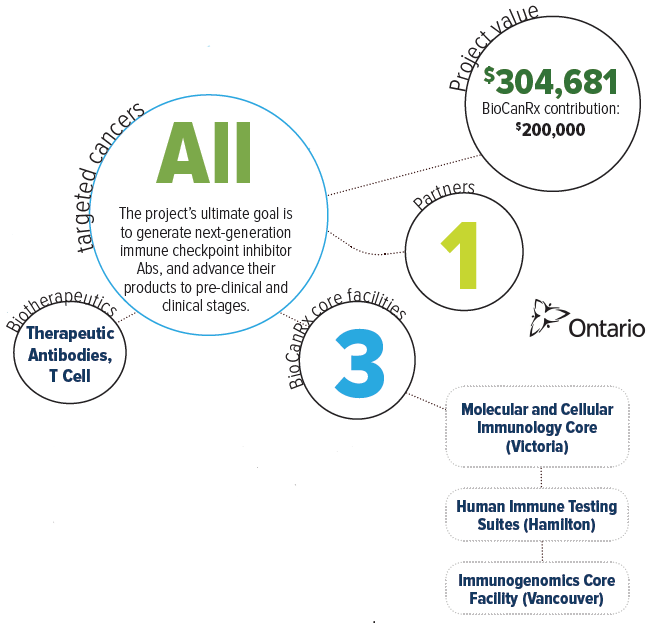 Treating cancer patients with immunotherapeutic antibodies is a breakthrough that brought immunotherapy to the center stage of cancer treatment. These antibodies that boost patients’ own immune system, also triggered further studies on stimulating the immune system to effectively destroy cancer cells. Cancer cells avoid immune cell attacks by camouflaging themselves with a “Do Not Eat” signal that blocks the activation of white blood cells, specifically macrophages. Therefore, interfering with this cloaking signal may promote the killing of cancer cells by activation of macrophages, followed by an anti-tumour T-cell response.

Using their cutting-edge synthetic antibody technology, the team have developed a panel of immuno-modulatory antibodies that specifically block the “Do Not Eat” signal. Several of these antibodies have emerged as a promising strategy to enable the macrophages to target and destroy tumour cells in in vitro models. The team led by Dr. Sidhu, proposes to develop next generation immune checkpoint inhibitor Abs to enable the destruction of cancer cells more safely and effectively by harnessing the anti-tumour potency of macrophages and T cells.

Blocking the CD47-SIRPα signal is a promising new strategy to restore macrophage activation. CD47, a transmembrane protein overexpressed in most tumours, binds to the surface receptor SIRPα expressed on macrophages, which blocks macrophage activation and allows tumour cells to remain undetected, the “Do Not Eat” signal. This team of researchers have developed a panel of anti-SIRPα Abs that lead to effective macrophage-mediated detection of tumour cells in in vitro models. Activated macrophages then stimulate CD8 T cells and elicit a T cell anti-tumour response to further eradicate tumours via tumour antigen cross-presentation.

This project will further optimize these candidate therapeutic antibodies based on their well established phage-display technology. Humanized mice generated by transplanting human blood stem cells into their bone marrow will be used to assess the antibodies for anti-tumour efficacy, minimum cytotoxicity and greatest safety. The teams ultimate goal is to harness the power of the cancer patient’s immune system through the development of immunotherapeutic antibodies to treat a wide range of cancers including solid tumours and blood cancers. 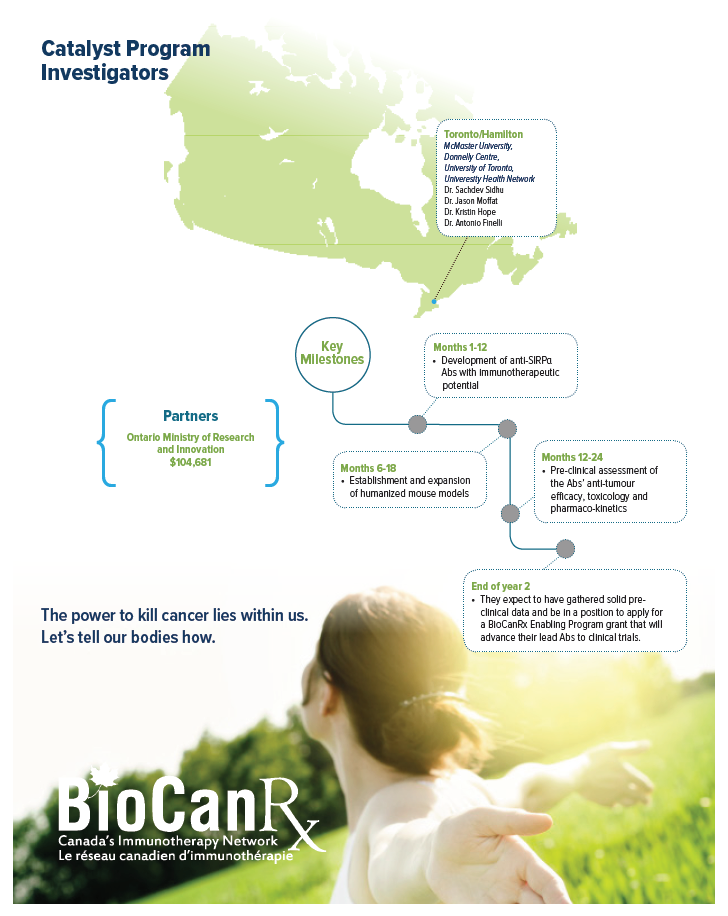