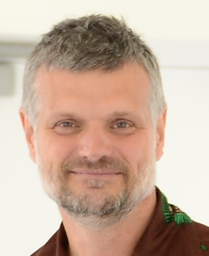 Question: How do you solve the conundrum of, on the one hand, suppressing the immune systems of children with leukemia who undergo a stem cell transplant, to avoid rejection, while on the other hand, activating that same system to fight off the relapses from which half of those children will die?

Answer: We don’t know. But Dr. Michel Duval, an immunologist at CHU St.-Justine in Montreal, believes he has found a way. And he has received a BioCanRx Catalyst grant to prove it.

Children with acute lymphoblastic leukemia now survive to a far greater degree, thanks to hematopoietic stem cell transplantation (HSCT). But it’s not a panacea – about half of all children who receive the transplant still relapse and die. Immunotherapy offers the potential to prevent these relapses, by activating the immune system to fight them. But activate the immune system too much, and the children’s bodies may reject the transplanted stem cells.

Dr. Duval’s answer is to only activate the first two kinds of immune cells – dendritic cells (pDCs), which sense the presence of an intruder such as a cancer cell, and natural killer cells, the cells pDCs activate to attack the intruder. The next two levels of immune cells – antigen-presenting cells and T-cells, which would bring on the rejection – he leaves strictly alone. It’s the natural killer cells he is after and the best way to stimulate them remains pDCs.

“We use the natural way the immune system works and redirect it to kill leukemia,” he says.

Another twist: people don’t tend to have very many pDCs. So Dr. Duval produces pDCs from umbilical cord stem cells, thus getting enough pDCs for treatment.

He has proven the technique works in mice that have been infected with human leukemia and given an HSCT. In that case, he used five weekly injections with the pDC cells; that dose cured 100% of the treated mice, while the untreated mice died of leukemia.

But that is in mice. Before the treatment can be tested in humans, through clinical trials, Dr. Duval needs to determine the best dose and the optimal timing in humans –How many pDC cells should be in a dose? How many doses should be given – one dose? Two doses? More? And should it be administered one month after the transplant? Two? Six? There is, he says, a “window of opportunity” when the natural killer cells have started to come back after an HSCT, but while the burden of leukemia is still low, as most immunotherapies work best on small amounts of cancer cells. This is the window he wants to capture and this BioCanRx funding will allow him to assess what dose and frequency of treatment will do that. With that information, he will be able to approach Health Canada for approval to conduct clinical trials in humans.

The other goal of this project is to determine the best immunosuppressive regimen to use in children to prevent rejection while still permitting the immunotherapy to do its work successfully – thus providing an answer to the question posed at the beginning of this article.

Dr. Duval’s approach is a departure from previous methods that have been tried to prevent relapses, none of which has worked. Mortality, he says, has remained high, regardless of the method used. He has shown, though, that higher levels of pDCs and natural killer cells actually diminish the number of T-cells, the culprit in rejection of the transplanted stem cells, leading him to believe that this approach will be different.

Even more, he sees this approach, if effective in children with leukemia, could be extended to adults with leukemia or even solid cancer tumours, providing a powerful new tool to harness innate immunity to cure residual disease and prevent relapses.